I’ve written about a lot of stuff on this personal website and blog, but the equity crowdfunding deal memos is what draws the most traffic. All of it is organic from Google. I am now result #5 and page one for Monogram Orthopaedics on Google. There are so many deals on equity crowdfunding that I have 300 emails from SeedInvest alone for deals I should/soon will write deal memos. And this is not even scratching at the surface of StartEngine, Wefunder, Republic, etc.

Markets trump all. A great market pulls the product out from the firm. Great products and great teams are secondary. In this case study, I am clearly not the best startup investor, or writer, or analyst. The hypothesis being that this market is underserved but the people are hungry for some kind of coverage, even my amateur coverage is ranking, is how I am understanding this phenemenon of total strangers from the Internet finding my stuff.

Capitalism continues to grow larger and larger, and everyone’s looking for returns. As the public markets get more interested, expectations for founders also drop due to lower sophistication for investors. Democratizing investing is a good thing, but further education so investors know exactly what they’re opting for is also ideal. Further, I myself have not netted any hard returns from startups yet, so after year 5 it’ll be great to see liquidity from this market.

Quoting from Peter Thiel’s Zero to One:

This implies two very strange rules for VCs. First, only invest in companies that have the potential to return the value of the entire fund. This is a scary rule, because it eliminates the vasty majority of possible investments. (Even quite successful companies usually succeed on a more humble scale.) This leads to number two: because rule number one is so restrictive, there can’t be any other rules.

Consider what happens when you break the first rule. Andreessen Horowitz invested $250,000 in Instagram in 2010. When Facebook bought Instagram just two years later for $1 billion, Andressen netted $78 million—a 312x return in less than two years. That’s a phenomenal return, befitting the firm’s reputation as one of the Valley’s best. But in a weird way, it’s not nearly enough, because Andreessen Horowitz has a $1.5 billion fund: if they only wrote $250,000 checks, they would need to find 19 Instagrams just to break even. This is why investors typically put a lot more money into any company worth funding (And to be fair, Andreessen would have invested more in Instagram’s later rounds had it not been conflicted out by a previous investment.) VCs must find the handful of companies that will successfully go from 0 to 1 and then back them with every resource.

All investments have some sort of “average return” that is accepted when factoring for risk. The risk-adjusted return thresholds could look something like this:

People invest for different reasons. Some do it to support cool companies. Some do it because they’re less stringent on absolute returns and prioritize seemingly less risky businesses for lower returns.

My goals as an angel investor is to fund one billion dollar company (“unicorn”) or a 100x return on a company valued at 10MM, in the shortest time with the most capital efficiency.

In service of that, my ideal investment is a Software-as-a-Service company (SaaS) or two-sided marketplace with 6 months of positive revenue growth, two+ cofounders, ideally located in Silicon Valley, that is valued between $5MM to $10MM fundraising to have 18 months of runway post investment. If possible, I would happily fund 50 of these. In addition, the lower valuation, the lower a threshold you have to cross to hit into the clearing threshold.

Case study: as an example, I invested in WhereBy.Us/The New Tropic in 2017 at a $5MM, three years later it just finished a round on Republic at a $15MM valuation. If WhereBy.Us can continue to grow another 30% in the next two years, it’ll be worth $25MM by mid-2022, meaning I’ll have quintupled my investment (if I exercised pro-rata rights,) in 5 years. If I had invested even 1.5 years later, when WhereBy.Us raised another 2.5MM on SeedInvest for accredited investors, the valuation would have likely been 2x what I invested at in 2017, meaning on a similar $25MM valuation I’d only get 2.5x my money back. If WhereBy.Us can grow to be a $1 billion company, I’d make 200x my initial investment assuming exercise of pro rata rights.

For angel investors, the goldilocks position is to be early enough to get a well-priced deal (e.g. Uber when it was worth $5MM) but not so early that you take infinite risk (e.g. why I only like revenue generating firms with specific business models that I know have relatively low capital/technology risk.) Too much validation, and you’re not driving enough returns for the very real risks startups represent and start competing against dumb money. Too little validation, and you expose yourself to too much risk that you don’t need to take on.

3. Cutting deals is great, but I definitely fell into trap of being too trigger happy at the beginning.

In tandem with observation #1, since there has been an explosion in more equity crowdfunding deals, I am much more comfortable walking away from deals. This too highlights the value of starting to write deal memos and make investments as a ‘broke angel’ before deploying larger amounts of capital. Last year, I may have invested in Miso Robotics or Trust Stamp because they seemed like legitimate businesses with strong odds.

This year, I’m happy to let others fund them because at $80MM pre-money ($110MM post,) and $25MM pre-money (~$32MM post), assuming that one of these companies becomes a unicorn (of which there are roughly 12-24 made every year, so extremely low odds,) I would only make 10x or 32x my money at best (not accounting for all the money I lose on other deals.) This is nothing to scoff at, but remember, for the risk this is not a stellar best-case scenario. If I make 50 investments at $10MM valuation, however, and one goes to 100x while all of the other 49 die, then I still double my portfolio in 5-10 years (15% return every year annually compounded.)

Similarly, this highlights the value of starting to write deal memos and make investments as a ‘broke angel’ before deploying larger amounts of capital.

From Calacanis and Angel ‘in the limited and early research done on unicorns—again the $1 billion companies we’re looking for—these seem to be a dozen or two unicorns created every year. There are a dozen or so decacorns that have been created in the past decade or so ($10 billion companies or more) including Uber, XIaomi, didi Chuxing, Airbnb, Palantir, Snapchat, WeWork, SpaceX, Pinterest, and Dropbox. It seems that every decade or so a $100 billion startup is born. These include: Apple, Cisco, Microsoft, Google, and Facebook.

As a general rule, I am happy to never invest in the following categories:

The few exceptions would include friends or founders that I know personally. 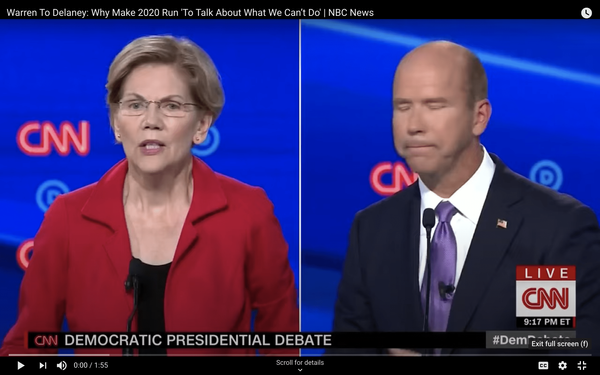 Takeaway: I will no longer write deal memos for companies that don’t fit my investment thesis. I’ll list them occasionally in a to-be-determined of “deals 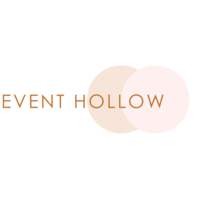 Deal Abstract https://republic.co/event-hollow Two-sided marketplace. This is the “Managed by Q” for weddings. Also ties in to this epic piece about how to become a